www.byzcath.org
Kyr +Julian (Voronovsky) reposed in the Lord on February 28th. He was ordained priest by Blessed +Vasyl (Velychkovsky) and clandestinely organized Studite monks and seminarians, even taking a job as a boiler operator at one point to "cover" his activities. He was the former Archimandrite and Protohegumen of the Studite monks, the former rector of Holy Spirit Seminary and the L'viv Theological Academy (the precuror to UCU), and more recently the bishop of Drohobych until his retirement in 2011. A hero of the underground UGCC and spiritual father of the Studite monastic revival when the Church came out of the catacombs. As Kyr +Venedykt (a former novice of his) said at the Parastas, "we stand today before a priest, bishop and confessor through whom God is glorified". Вічная Пам'ять.

Patriarch Sviatoslav at the bier of his former teacher: 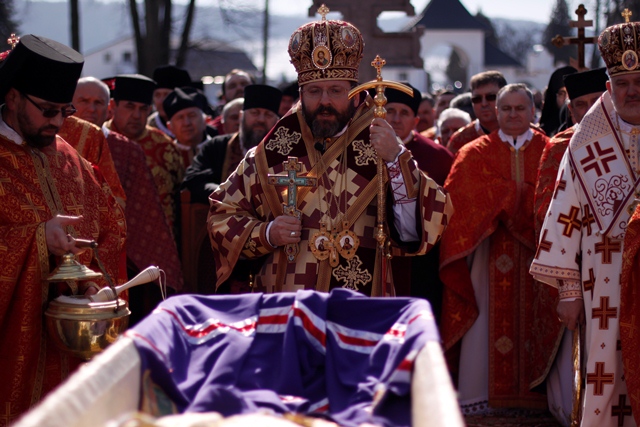 The procession winding up the hills at Univ: 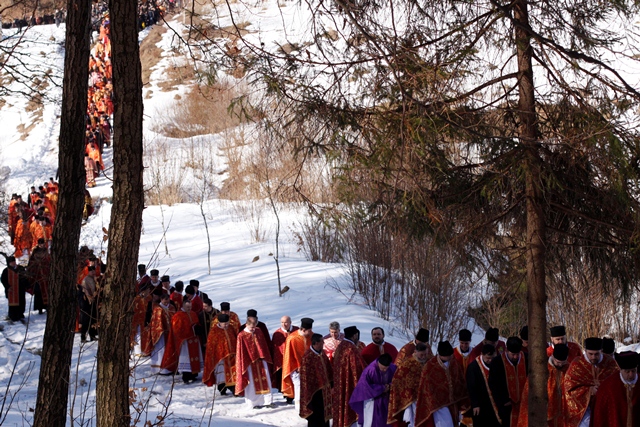 Kyr +Julian a few years back: 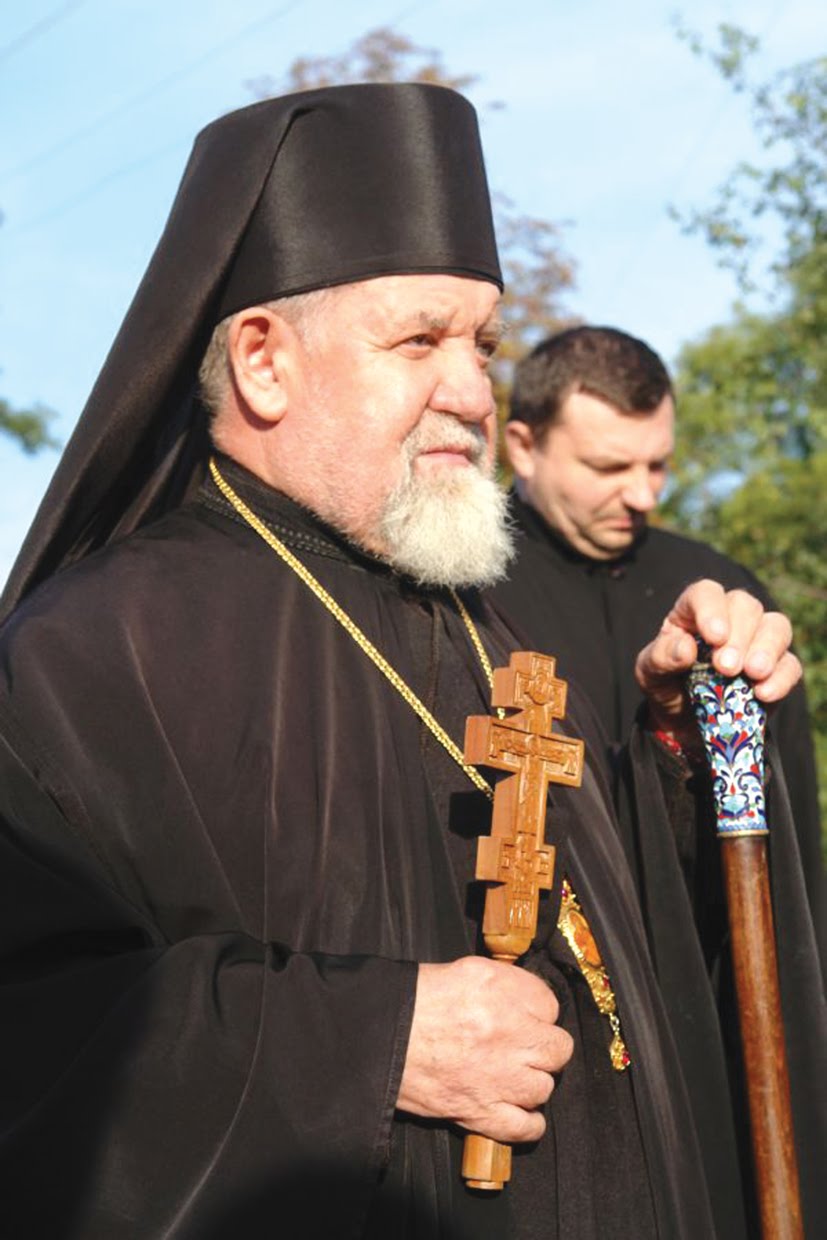