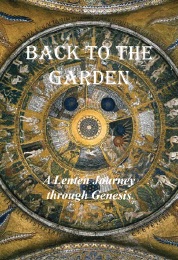 Audio CDs and Video DVDS are available for the following (members of the Uzhorod Seminary Choir recently gave numerous concerts in the United States to great acclaim):

“I am the resurrection and the life. Whoever believes in me, though he die, yet shall he live, and everyone who lives and believes in me shall never die. Do you believe this?” (John 11:25-26 ESV)

When You were baptized in the Jordan, O Lord, * worship of the Trinity was revealed, * for the Father's voice bore witness to You, calling You His “beloved Son”, * and the Spirit in the form of a dove confirmed the certainty of these words. * O Christ God, * Who appeared and enlightened the world, glory to You! (Troparion, Tone 1)

You have appeared to the whole world today, * and Your light, O Lord, is signed upon us, * who with knowledge praise You in song: * "You have come, and You have appeared, O Unapproachable Light." (Kontakion, Tone 4)

Theophany is a Greek word meaning "manifestation or appearence of God".

"The wage of the righteous leads to life, the gain of the wicked to sin." (Proverbs 10:10 ESV)

Demons often transform themselves into angels of light and take the form of martyrs, and make it appear to us during sleep that we are in communication with them. Then, when we wake up, they plunge us into unholy joy and conceit. But you can detect their deceit by this very fact. For angles reveal torments, judgments and separations; and when we wake up we find that we are trembling and sad. As soon as we begin to believe the demons in dreams, then they make sport of us when we are awake too. He who believes in dreams is completely inexperienced. 'But he who distrusts all dreams is a wise man. Only believe dreams that warn you of torments and judgments. But if despair afflicts you, then such dreams are also from demons.