“There was a man sent from God, whose name was John.”

“Twenty years have elapsed between visits,” Gregorios III noted in his address, “so we beg the Holy Saviour for a new chapter to be opened in relations between both Churches. …It is very sad for a family to be without a brother or a sister, so we count ourselves fortunate to have a sister Church and Orthodox brothers and sisters.” He reminded those present that, uniquely in the Christian world, the two sister Churches have built a joint church, on the lintel of which is inscribed, Greek Catholic and Greek Orthodox Church of the Holy Apostle Paul. This church was consecrated by clergy of both Orthodox and Catholic Churches.

The work of the Holy Synod of the Melkite Greek Catholic Church was completed this Saturday 21 June with the publication of a final communiqué focusing on the critical situation affecting all eparchies in every one of the countries of the patriarchal territory. The Holy Synod listened very attentively to the report from the bishops of Syria before calling for reconciliation and peace and the abandonment of personal interests in favour of the public good, both in Syria and Iraq. They launched an appeal for peace, and ensuing security, stability and development. 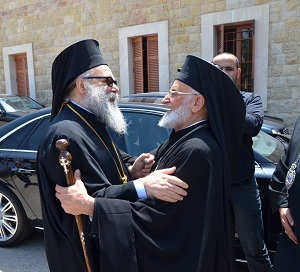 The Holy Synod also expressed fears over the situation in Lebanon and the proper functioning of the country’s institutions, and called for the election of a president of the republic, while emphasising the right of members of the Melkite Greek Catholic community to fill the posts legally allocated to them in the civil service.

A lengthy report was also heard about projects completed by the patriarchal management since the turn of the millennium.

Pope Francis’ Apostolic Exhortation The Joy of the Gospel was the key theme of the assembly and it was in that spirit that the Holy Synod called for requisite training for those who serve the Church, and especially for committed lay-persons.

Bishops of overseas eparchies made their reports and fixed their next meeting for October 2014 in Los Angeles (USA).

New bishops were elected for vacant sees, but their names will only be released in due course. 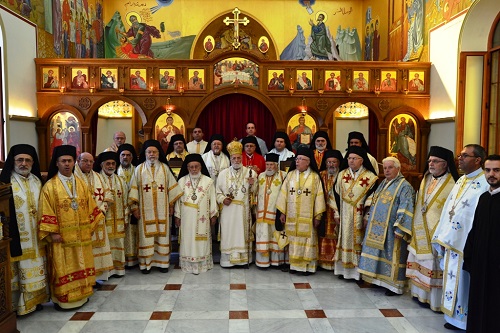 The meeting was also marked by the visit of the Apostolic Nuncio, Archbishop Gabriele Caccia, who brought good wishes from Pope Francis, for whose visit to the Holy Land and historic meeting with Ecumenical Patriarch Bartholomew the Holy Synod drafted a letter of grateful thanks.

Beseeching the Lord to dispel the dark cloud that seems to hang over the region’s countries, the Holy Synod called upon all the members of the Melkite Greek Catholic Church to work, in The Joy of the Gospel, to rebuild our countries and be real witnesses for the Gospel.

"My son, do not despise the Lord's discipline or be weary of his reproof, for the Lord reproves him whom he loves, as a father the son in whom he delights." (Proverbs 3:11,12 ESV)

Do all in your power not to fall, for the strong athlete should not fall. But if you do fall, get up again at once and continue the contest. Even if you fall a thousand times because of the withdrawal of God's grace, rise up again each time, and keep on doing this until the day of your death. For it is written, 'If a righteous man falls down seven times' - that is, repeatedly throughout his life - 'seven times shall he rise again' [Prov. 24:16].